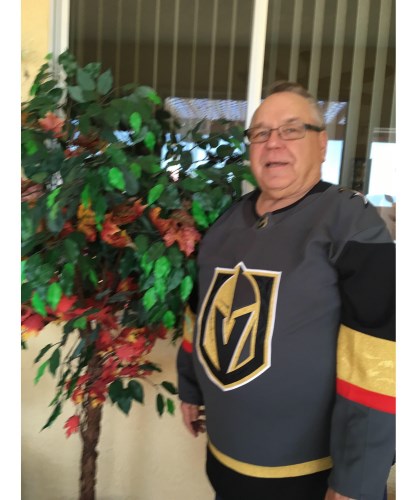 BORN
1942
DIED
December 11, 2020
Donald Alan Tikkanen "Donnie", 78, of Pahrump passed away Friday, December 11, 2020. Born April 2, 1942 in Detroit, MI, Don and his wife moved to Nevada in 2004 after he retired from United Parcel Service where he worked as a delivery driver for 30 years. Don served in the Air Force from 1960 - 1968, where he received an Air Force Commendation Medal, and later served in the National Guard. He was an avid lover of airplanes and enjoyed playing Keno and slot machines. Don is survived by his loving wife, of 58 years, Carol Tikkanen; daughter and son-in-law, Donna Tikkanen-Davis and Tom Davis; sister and brother-in-law, Mary Jo and Rick Niemi; daughter-in-law, Pauline Tikkanen and 3 grandchildren; and several nephews and nieces. His son, Darrin Tikkanen, passed in June 2020. Don will be missed more than words can express. No services at this time due to COVID. ... No services scheduled.
To plant trees in memory, please visit our Sympathy Store.
Published by Pahrump Valley Times on Dec. 18, 2020.
MEMORIAL EVENTS
No memorial events are currently scheduled.
To offer your sympathy during this difficult time, you can now have memorial trees planted in a National Forest in memory of your loved one.
GUEST BOOK
5 Entries
Love you bud, can't wait for our conversations again.
Stephen Quinnan
January 9, 2021
We are so saddened to hear of Don´s passing. He was such a fun loving person and we cherish the time we spent with him and Carol two years ago in Orange Beach, AL. May Don Rest In Peace in our Lord.
Gary & Sharon Boushelle
December 19, 2020
So grateful we got to know you both.
Ron and Polly Struhar
December 18, 2020
Rest in peace Uncle Donnie. We will miss you. Love you always.
Larry Tikkanen
December 18, 2020
Trying to remember all our good times , trips & vacations together. We were a fun 4
Kathy Davenport
December 18, 2020