WILLIAM DAILEY
1924 - 2020
BORN
1924
DIED
2020
WILLIAM "BILL" DAILEY Longtime Pahrump resident WWII Veteran PFC William "Bill" Dailey passed away at the age of 96 on July 29, 2020. He was born April 16, 1924. He enlisted into the US Army on August 1, 1942, in New York and went to Basic Training at Ft Knox, Kentucky. After basic training he remained at Ft Knox to train on a secret project. The Harley Davidson Motorcycle Co. was developing a new motorcycle and the government wanted to keep it secret. Bill was taught how to become a motorcycle scout behind enemy lines. He was a model trainee and his superiors kept him at Fort Knox as an instructor. A manpower shortage arose in the Pacific theater in May of 1943. Bill received orders sending him to HQ Company-767 Tank Battalion in Hawaii, as a motorcycle scout. While he still was there, the Inspector General conducted an inspection at Fort Knox looking for underage enlistees, and Bill had falsified his records to get into the service. It seems Bill had a friend sign his mother's name with his "new" year of birth and had it notarized for use to enlist. He never disclosed that his actual age was 17 at time of enlistment, and no one ever found out. His first combat took place in the Gilbert Islands in November 1943 and he would see continuous combat in the Pacific until the end of the war. However it wasn't on top of a motorcycle but as a cannoneer (ammo loader) on a Sherman tank. He was in combat when they took the Gilbert, Marshall, and the Marianas Islands. He spent 2-1/2 years in the Pacific. This was all done under the command of Major General George S. Patton. Bill's unit was shipped to Wakayama, Japan on September 29, 1945. PFC Dailey spent a little over 90 days stationed 70 miles from Hiroshima. He left the Army on January 6, 1946. He returned to New York City and also to his job as a motorcycle carrier for TIME Magazine. While there he would meet his future wife, Margaret (Peggy) Bedinger, on a blind date in 1946. They would marry on April 24, 1948 and stay together until her death on February 14, 2015, a total of almost 68 years together. Peggy and Bill lived in Pahrump 25 years and were active in the American Legion, DAV, and VFW here in Pahrump and also in Florida and Connecticut where they previously lived. Bill is survived by his son, William Dailey and his many friends in Pahrump and around the country. He was preceded in death by his parents Celia H. & Robert T. Dailey, his wife Peggy and one daughter.

To plant trees in memory, please visit our Sympathy Store.
Published by Pahrump Valley Times on Aug. 7, 2020.
MEMORIAL EVENTS
No memorial events are currently scheduled.
To offer your sympathy during this difficult time, you can now have memorial trees planted in a National Forest in memory of your loved one.
MEMORIES & CONDOLENCES
4 Entries
There will be a memorial service at VFW post 10054 , 4651 Homestead Rd, Pahrump, NV on September 19, 2020 at 11:00 am
margo maines
Friend
September 16, 2020
miss our daily talks and memories of his war time experiences and of peg and my parents and other family and friends we love you and miss you
Margo, Bill And Christina Maines
Friend
September 10, 2020
miss you and our frequent talks which made me feel still connected to my mom and dad .. miss your war stories and your stories of you and peg may God hold you both in the palm of his hand.
Margo, Bill And Christina Maines
Friend
September 10, 2020 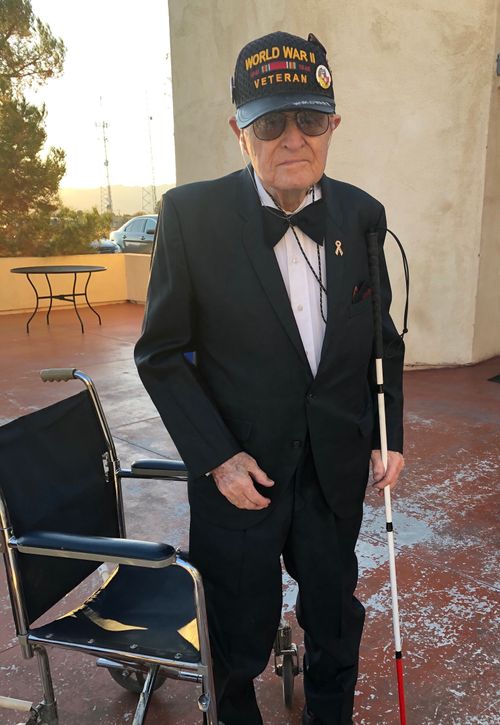 In loving memory of a wonderful person. We will love you and miss you always.
M Kristina
Friend
August 10, 2020